more than 25 years at the top

For nearly two decades, the contemporary jazz quartet known as ƒOURPLAY has enjoyed consistent artistic and commercial success by grafting elements of R&B, pop and a variety of other sounds to their unwavering jazz foundations. In the course of ten recordings – five of which have climbed to the top of Billboard’s Contemporary Jazz Album charts – the supergroup has continued to explore the limitless dimensions and permutations of jazz while at the same time appealing to a broad mainstream audience. 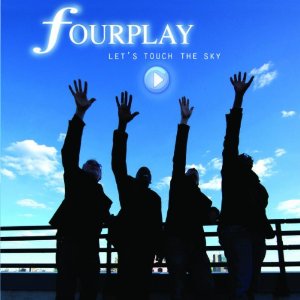 The ƒOURPLAY story begins in 1990, with keyboardist Bob James, who had already established himself as a formidable figure in keyboard jazz – not just as an instrumentalist but as a composer and arranger as well – with solo recordings dating as far back as the mid 1960s. In 1990, James reunited with his old friend, session drummer Harvey Mason (Herbie Hancock, Sergio Mendes, James Brown), during the recording of James’ “Grand Piano Canyon” album. Also involved in the project were guitarist Lee Ritenour (Sergio Mendes) and bassist/vocalist Nathan East (Barry White, Eric Clapton, Phil Collins).

The “Grand Piano Canyon” sessions marked the genesis of the group that eventually came to be known as ƒOURPLAY. Their self-titled debut album was released in 1991, and included a blend of jazz, R&B and pop.

The original lineup of James/Ritenour/East/Mason stayed together for three successive albums, including Elixir (1994), a set that features some high-profile guest vocalists: Phil Collins, Patti Austin and Peabo Bryson. East also delivers some noteworthy vocal contributions on “Elixir”, and has continued to do so throughout most of ƒOURPLAY’s subsequent studio outings.

Ritenour, whose guitar work in tandem with James’ keyboards served as the cornerstone of the early ƒOURPLAY sound, left the lineup in the mid-1990s and was replaced by Larry Carlton (The Crusaders, Joni Mitchell, Quincy Jones). Carlton made his first studio appearance with the band with the release of “4” in 1998. “4” included compositions by all four members, as well as an impressive crew of guest vocalists: El Debarge, Babyface Edmonds, Kevyn Lettau and Shanice.

Following the 1999 release of “Snowbound”, a mix of traditional and contemporary holiday songs, ƒOURPLAY shook things up a bit with “Yes Please!”, an album that challenged the standard definitions of contemporary jazz by incorporating elements of blues, funk and even Celtic music. JazzTimes critic Hilarie Grey called “Yes Please!” “an expansive album that incorporates each artist’s strengths, and in the process travels in some unexpected directions.” Grey added: “Yes Please! works where similar projects fail simply because it lets its artists play, without imposing artificial boundaries.”

The sense of experimentation continued with the 2002 release of “Heartfelt”. The material in this set emerged from a series of improvisational performances that were assembled into full compositions. As a result, the tunes have less clearly defined melodies, but the overall album is both exploratory and accessible at the same time.

“Journey”, released in 2004, is a laid-back affair, but complex at the same time. Consistent with ƒOURPLAY’s eclectic philosophy, “Journey” incorporates a range of stylistic elements – as evidenced by such high points as the delicate cover of the 1993 Sting hit “Fields of Gold” and the bossa nova flavored “Rozil.”

ƒOURPLAY joins the prestigious roster of artists on the Heads Up International label with the September 23, 2008, release of “Energy”.

Nathan East is optimistic. “I look forward to an adventurous, classy and soul-filled record that showcases our talents individually and collectively,” he says. “Until the last note is played, it’s hard to predict the exact direction. That’s what we love about jazz – the improvisation that happens in the moment.”

You can purchase the Fourplay albums in Harvey's Online-Fan-Shop