As one of popular music’s most renowned drummers, Harvey Mason has amassed an incredible resume that befits a legendary performer. He possesses the rare ability to play with a wide range of musicians in a variety of styles, from high-grade straight-up pop to stimulating straight-ahead jazz to smooth, R&B-flavored jazz. On the threshold of entering his fifth decade as an oftentimes behind-the-scenes star, Mason continues to deliver his stylistic innovation as a master of the drum set.

What follows is a thumbnail primer on Mase Magic history. Recognized for both his always-fresh approach and his knack for participating in groundbreaking music, Mason was classically trained at the New England Conservatory and began his post-school career by supporting jazz piano greats Erroll Garner and George Shearing. 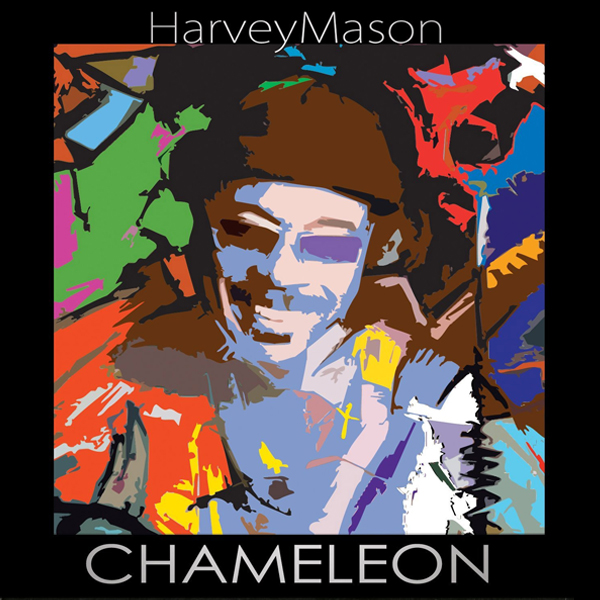 Soon after, he was one of the significant pioneers of the newfangled jazz movement of fusion, camping out in the Blue Note Records stables with the likes of Donald Byrd, Bobbi Humphrey, et al, creating hits with the production team of the Mizell Brothers. Mason was also the drummer of choice on the Columbia Records debut recording of Herbie Hancock’s iconic electric band, Head Hunters (co-writing the classic hit “Chameleon”). After launching a prolific solo career signed to Arista by Clive Davis, Mason later linked up with Bob James that resulted in the formation of the smooth jazz super band Fourplay, which today continues to record contemporary jazz at its finest. In addition to being an invaluable sideman stylistically ranging from pop to jazz, Mason has forged an impressive solo career as bandleader and composer. In fact, several of his songs have been sampled by hip-hop greats such as Notorious Big, TI and P. Diddy.

In reflecting on his historic compositional collaboration with Hancock, Mason comments that he’s very much like the color-changing lizard. “Chameleon defines me,” he says. “That’s what I identify myself as. I can easily switch into different areas of quality music.” That’s not only served him well with his innovative, compelling drumming in a broad swath of stylistic settings, but it also characterizes his new concept band (called Chameleon), which in 2010 toured in Japan.

“We’re definitely not stuck in a bebop or the smooth jazz zone,” Mason says, then adds with a laugh, “The audiences come and don’t know what they’re going to hear but they’ve come to trust me.” In fact, the big draw is Mason’s brilliance in synchronizing his high-hat cymbals, snare drums and bass drums with graceful precision—which has garnered him four top awards from Modern Drummermagazine’s annual studio poll, three consecutive Smooth Jazz Drummer of the year awards with another nomination in 2010 and NARAS’s MVP Studio Drummer award.

That ability to shift gears stylistically has certainly been the modus operandi for the entirety of Mason’s career. “Even though my first love has always been jazz,” he says, “I love playing everything from orchestral to straight-ahead jazz and everything in between. I feel complete and fully stimulated.”

Born in Atlantic City, New Jersey in 1947, Mason grew up in a jazz culture. He frequented the boardwalk city’s club, The Wonder Garden, where all the jazz giants played. “I worked weekends and off hours, did afternoon matinees and met some incredible drummers such as Roy Haynes and Billy Hart,” he says. “Billy was a real supporter who recognized my talents. In fact, he was the person who later recommended me to Herbie Hancock when he was preparing to change his band. Billy told him, ‘You’ve got to listen to this cat.’”

But before that, Mason sought more schooling. He moved to Boston to attend Berklee College of Music and later graduated from the New England Conservatory (where he’s presently on the school’s Board of Visitors). He lived there from 1966-70. After returning from his first tour with Garner (seven weeks in Europe), Mason took a job with Shearing, who lived on the West Coast.“It was the perfect situation for moving to Los Angeles,” he says. He headed West in 1971 and has made the city his home base ever since.

That’s where Mason met Hancock and recorded with the Head Hunters. He played on the smash 1973 album, which included the fused “Chameleon” (which clocked in at an expansive 15:44 and earned Mason his first Grammy nomination for Instrumental Composition) as well as Mason’s funky new arrangement of the leader’s ‘60s hit, “Watermelon Man.” But Mason opted out of touring. “I wasn’t interested in going on the road,” he says. “My goal was to do studio work. So I stayed home and never even gave it a thought that I would ever have a solo career.”

After recording on siblings Michael (saxophone)and Randy (trumpet) Brecker’s 1975 debut album, Brecker Brothers, Mason returned to the studio for the “heavy-metal bebop” follow-up, Back to Back. Both albums were released on Arista. Label founder Clive Davis came by the sessions to see what was going on. Coincidentally, Mason had been reading Davis’ 1975 memoir, Clive: Inside the Record Business. “I told Clive I had just finished his book,” Mason says. “He asked me if I was writing songs and would I be interested in recording for him. I told him that I never thought of myself in that way, that I was happy to enjoy the anonymity of being a session drummer.”

But Davis persisted, signed Mason for a five-album deal and set the drummer free to pursue his art. That began with the 1977 debut Marchin’ in the Street with the highlight of the series being 1977’s Funk in a Mason Jar album. Also, on his 1979 Groovin’ You album, the same titled tune was released as a single and became a big hit in the disco world (it was later sampled by house music producer Gustoon his 1995 hit “Disco’s Revenge”). Also on the album, Mason’s tune “Wave” was nominated for two Grammys in the Instrumental Composition and R&B Instrumental categories. However, as Mason’s contract began to run its course, the drummer was happy to leave the label. “It got to a point where they were dictating that I needed to record more hits,” he says. “But it’s hard making music that isn’t your priority.”

Mason continued to be a studio ace as well as work in Hollywood & New York-based sessions. In an interview with Lee Bailey (on metacafe.com), Mason said, “I didn’t really care about fame.” He added that whatever did come his way was “a by-product of having fun and the joy of recording great music.” The next major turn in the drummer’s career came in 1991 after he accompanied pianist Bob Jameson his 1990 Grand Piano Canyon album on Warner Bros. Mason was asked by his longtime New York-based friend to assemble a band for his first West Coast session. One of the groups included guitarist Lee Ritenour (later replaced by Larry Carlton) and bassist Nathan East. The chemistry was strong enough to spark the beginning of smooth jazz.

“Bob loved the rhythm section and asked if we’d be interested in forming a band. We all said yes,” recalls Mason. “So Bob called [Warner president] Mo Austin, who signed us as ƒOURPLAY and the next thing we knew our 1991 self-titled debut went platinum.” The album was, in one critic’s estimation, a “lightly sautéed jazz offering, low-keyed and relaxed.” Subsequent albums went gold and earned a total of six Contemporary Jazz nominations over the course of ƒOURPLAY’S career. The band toured frequently.

While ƒOURPLAY grew in popularity, Mason continued to gig in other session settings as well as finally return to pursuing his solo career, beginning with his well-received 1996 album Ratamacue(Warners), also nominated for a Grammy as best Contemporary Jazz album. “Being on the road with ƒOURPLAY, I started to have interaction with people about how influential my drumming was to them,” says Mason, who can play refined, smooth, funky and swinging. So, with this in mind, he began to explore again his jazz roots, recording two
trio albums on Japanese label Video Arts: 2004’s With All My Heart (licensed and released in the U.S. by Bluebird/RCA) and 2008’s Trios 2: Changing Partners (not yet licensed in the U.S.). Both feature collaborations in trio formats with the crème de crème of the jazz world, including pianists Hancock, James, Dave Grusin, Chick Corea, Hank Jones, Kenny Barron, Fred Hersch, Monty Alexander, Mulgrew Miller, Makoto Ozone, Jacky Terrasson, Cedar Walton, Brad Mehldau, Kenny Barron and Gonzalo Rubalcala; and bassists Ron Carter, Charlie Haden, Charnett Moffett,Larry Grenadier, Stanley Clarke, Dave Carpenter, Eddie Gomez, George Mraz and Buster Williams.

Writing in the press notes for With All My Heart, Mason said, “It’s a chance for jazz purists to really check out the total chameleon that I am, regardless of the situation.”

With a commitment to slacken his work in the studio and to heighten his solo career, Mason says that he’s finally finding a good balance. “It’s become more evident to me how much I love playing live and having interaction with band mates and music fans. I’m not a smooth jazz player or a straight-ahead jazz player. I’m more than all of that, I am The Chameleon.” He smiles and adds, “The best is yet to come.”